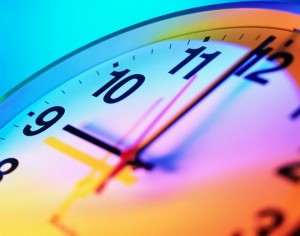 Well, here we are at the beginning of 2012 and trying to guess what will happen with our pensions and annuity rates. We will cover a few of the most important considerations for an annuity purchase.

Our belief is that annuity rates will continue to fall and if you decide not to buy your annuity now you could be worse of and will almost certainly suffer a loss in income.

This situation could be compounded and made worse if your fund value drops or annuity rates fall further.

Let’s say he leaves his fund invested for three years and is lucky enough to get 4% growth on his fund each year (net of charges). His fund is worth £56,243 but he has already lost three years of income equal to £9,162.

Using a bigger fund in three years’ time, he will get a slightly better rate (assuming annuity rates do not alter) because he is now aged 68. This difference in rate because he is older is very small. He would now receive £3,709.

In three years’ time he will get £655 more each year. However, he needs to receive this for nearly 14 years. That’s 17 years in total before he is better off by not buying the annuity now.

There is clear evidence that annuity rates reduce as gilt yields reduce.

Annuity rates rise and fall for various reasons, but one of the most important is gilt yields, since insurers invest heavily in these super-safe government bonds in order to ensure that they will have the money to pay your pension income.

The announcement that the Bank of England will extend Quantitative Easing by ‘printing’ £75 billion to buy gilts means that the extra demand will raise the price of gilts. The increase in the ‘price’ of a gilt means that the yield or return will come down. The yield is calculated as the amount of income a gilt pays divided by its price. This means that annuity rates will fall.

Evidence of this trend exists because we saw the yield on gilts fall after the first round of quantitative easing back in 2009. This reduced annuity rates.

We are all living longer

The first birthday of the ‘Baby Boomers’ was February 8, 2011. This is where all those people born after the end of the war became 65.

The fact that people are living longer, with this trend appearing to continue, means that annuity providers have to pay your income for a longer period of time. Clearly this means that they will pay less to you each year for your annuity.

There are a number of studies that demonstrate how an individual ‘thinks’ when investing and how these emotions effect the choices they make.

Typically, investors will stay in a bad investment for too long. This is because they believe that the investment will recover and they would then possibly take greater risks than normal whilst trying to recover their ‘lost’ money.

It is suggested that ‘normally’ when an asset is performing well investors will take less risk and look to protect any gains they have made. However, we often make decisions on what has happened, such as the markets performing well, so they will stay in the investment for longer believing this will continue. There is little evidence that past performance provides any guide to future performance.

Make sure you do not fall into these categories and make the same mistakes.

Buying your annuity means that you will escape all the uncertainty of your pension funds going up and down. You will receive a guaranteed fixed income for the rest of your life.

We are still waiting for the two important items of legislation to be implemented that will affect annuity rates:

The EU has stated that an annuity company cannot give different rates to men and women. However, traditionally men live for a shorter time and therefore get a better annuity rate than women. When annuity rates are equalised and a unisex rate is used, men buying an annuity after that time will suffer from a drop in annuity rates.

This again is EU legislation that requires the annuity companies to hold greater reserves to ensure that they can pay your annuity for the rest of your life. The ‘reserve’ or need for greater capital adequacy is to cover any risk the company take when investing to provide your income.  The extra requirement on the annuity providers means that the annuity rates will be reduced.

When the Solvency II rules were first announced, commentators predicted that annuity rates would fall by as much as 20%.

Our current expectation is that rates could decrease by 7-9%.

Finally, Shop Around and don’t be a ‘sheep’.

As Independent Financial Advisers we can research all the annuity providers for you and find the best rates available.

Research shows that many people just can’t be bothered to do this. We will do it all for you and complete any paperwork necessary.

Around 70 per cent with pension funds under £40,000 – do not shop around for the best annuity rates (using what is known as the Open Market Option)

We estimate that £7 Billion of income has been lost to these people who didn’t shop around.

Make sure that you benefit by allowing us to improve your annuity income.

Please contact us at Simply Retirement on 01622 664440 or email us at
admin@simply-retire.co.uk with any questions you may have.